Artificial Intelligence – and here we go! 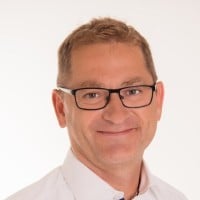 "The global demand for motor vehicles will not exceed one million - simply because of the lack of available chauffeurs." (Gottfried Daimler, 1901)

"The internet is just a toy for computer freaks; we see no future in it." (Ron Sommer, former CEO of German Telecom, early 1990s)

"The horse is here to stay, but the automobile is only a novelty - a fad."
(President of Michigan Savings Bank, 1903)

"Everything that can be invented has been invented."
(Charles Duell, Commissioner of the United States Patent and Trademark Office, 1899)

As you can see, even insiders often have a hard time predicting the effects of technical revolutions.

And now we are faced again with a revolution that many people still ignore or at least vastly underestimate: a wave of artificial intelligence is rolling towards us. It is said that this tsunami will raze almost every existing desk job.

Or are things really not as bad as they seem? Will it be a slow, steady evolution? Here in Europe, an area of digital hibernation, this opinion is still widespread. Frank Thelen wrote an interesting, startling article on this topic (German only): Null digitalisiert – Frank Thelen sieht schwarz für Deutschland ('Zero digitalisation: Frank Thelen's pessimistic view of Germany').

So, let's just assume that robots come very soon and free us from many annoying duties and routines! They will do this because they can do these things better and more effectively than a human being. All this, by the way, is more a matter of years than of decades.
But it is certainly not the first time that an industrial or technical revolution has destroyed millions of jobs.

An educated guess says that only 25% of the professions that were held by the majority of the population one hundred years ago still exist today. But both our prosperity and the general level of employment have increased greatly ever since. 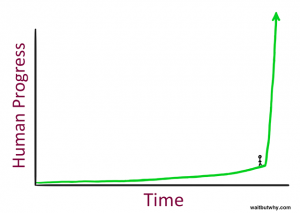 So is there no need to worry? Will we do all the things that we simply like to do in the future and a nice robot will help us do them much better than before? Can we focus on the creative and emotional aspects of a profession – in other words, on subjects that machines can never learn? At the same time, will productivity and consequently prosperity also rise to an unprecedented level?

Will we train robots?

Indeed, evidence points to this Currently, developers and engineers are needed to help a robot learn. This will soon change: every layman will be able to train a robot. As simple as it is to use a computer today, you will be able to teach an artificial intelligence in the future to learn routines. This would lead to scientific progress, as well as quantum leaps in the productivity of the economy.

In this scenario, it is hard to imagine that there would still be hosts of people who spend eight or more hours a day "at work". Because of the high productivity, this will not be necessary for everyone to make a good living.

And who does complex tasks?

The oft-expressed idea that you can make robots do the simple things while the "biointerfaces" (humans) do more complex routines is, incidentally, illusory.
In the travel sector, this means booking bots take over the simple bookings whilst experienced agents take care of "complex" tasks.

This may well be the case in a transitional phase. In the long term, however, the human "interface" will be lost. There have already been a number of projects in 2016 that have demonstrated the power of self-learning machines:

AlphaGo, a self-learning computer from the Google empire, beat one of the world's best Go players in a surprising upset. Even insiders did not expect this, since the number of possible variants in Go is billions of times higher than in chess. You can find an interesting video here.

A self-learning robot at an Australian university managed to produce a so-called Bose-Einstein condensate (BEC) with the help of lasers within an hour. A classic computer program without artificial intelligence would require millions of years to do so. Human researchers spent several years in the preparation and implementation – and they even received the Nobel Prize in 2001. Watch the video here. 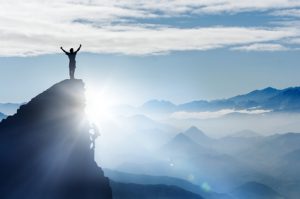 In short, if a robot can learn to create a BEC within an hour, it will be much quicker to learn how to solve tricky tasks related to flight bookings.

And what does this all have to do with Umbrella?

You are probably wondering what this has to do with Umbrella and our travel technology.
Well, we develop and sell software – software that is still operated by people. When we think about our future, it must be clear to us that this will soon change. Travel agents will most likely continue to exist in the future. But they will not use computers in the conventional way.

Like any other professional, travel agents will train robots. We need to consider this when looking at the next Umbrella projects.

In this spirit, I wish both you and us an exciting, positive future and a wonderful, merry Christmas and happy holidays.

Managing traveller profiles in only 105 seconds!

Don't miss out on any new posts!

No comments posted yet.
Be the first!